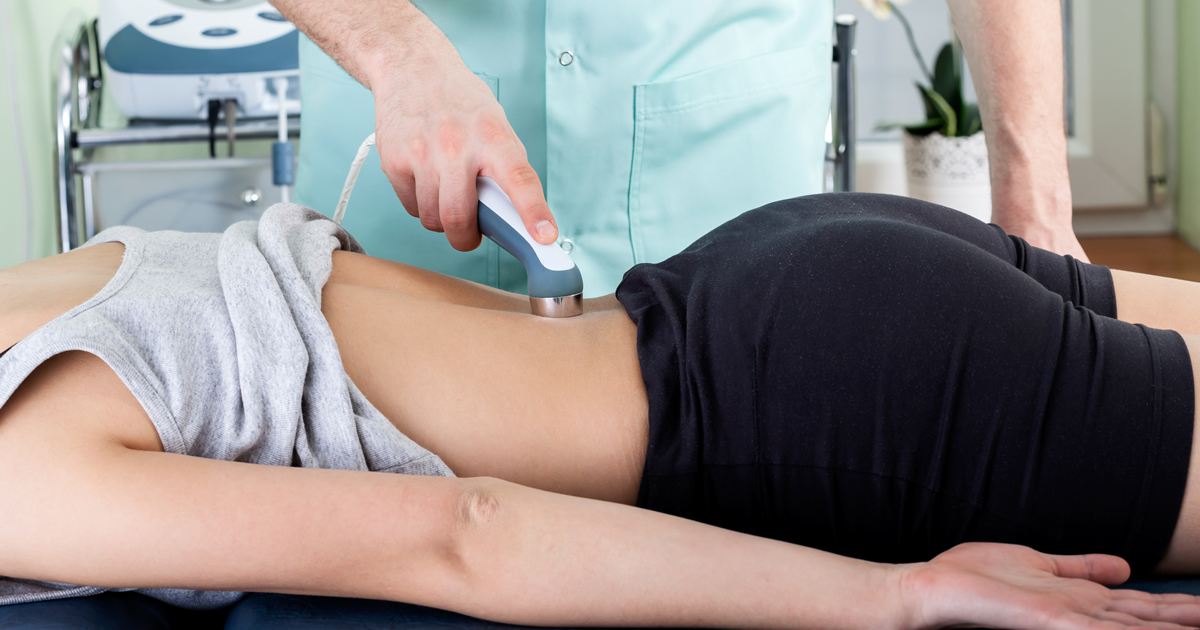 First theorized by Albert Einstein in 1916, and invented by Theodore Maiman in 1960, the laser has become one of the most beneficial medical inventions used in modern society. For the clinician, the most exciting use was first discovered by Hungarian physician Endre Mester, who performed experiments on cancerous tumor in rats. He found that although the laser didn’t kill tumor cells because it was underpowered for that purpose, it accelerated wound healing in the surgical sites of the experimental rats, as well as causing the shaved hair to regrow more quickly.

Therapy lasers have been used and researched extensively in Europe for more than 30 years. However, the United States Food and Drug Administration (FDA) only cleared a low level laser in 2002, and the first class IV therapy laser in 2003. Low Level Laser Therapy (LLLT) and it’s known effects have already been reviewed extensively in this journal. The most important clinical and therapeutic difference between Class IV Laser therapy and LLLT is that the Class IV is able to produce a primary biostimulative effect on deeper tissues than lower powered lasers— while also producing substantial secondary and tertiary effects. The FDA approved indications for use of Class IV laser include the following:

Lasers are classified by output power and are a hazard to the eye, with the potential for thermal injury being the primary mechanism. The Maximal Permissible Exposure, or MPE, is the level of laser radiation to which a person may be exposed without hazardous effects to the eye or skin. A system of hazard classification has been developed and is part of the ANSI Standard and State Regulations, however it is usually more convenient to establish safety controls based on the laser class than use of the exposure limits. In general, Class IIIa lasers have a power output of 1 to 5 milliwatts (1-5mW), Class IIIB lasers output power up to 500 mW, or 0.5 watts, and Class IV lasers include all of those with power output higher than 0.5 watts (500 mW).

The classification scheme makes no distinction between the Class IV therapy lasers, cosmetic and hair removal lasers, surgical lasers, and a military laser capable of shooting down a satellite. All of these are greater than 500 mW, and therefore all of them are Class IV. Lumping together every laser with power output greater than 500 mW is somewhat unfortunate, and has led to misunderstandings and discussions on several state physician licensing boards. One state chiropractic board first balked at the notion of its members using Class IV lasers, assuming that the intended usage was hair removal or a cosmetic procedure. However, after proper education and demonstration with a Class IV Therapy Laser, the board unanimously approved the use of such devices when used in a manner consistent with the scope of practice.

The most common Class IV therapy laser uses a Gallium-Aluminum-Arsenide (GaAlAs) semiconductor diode to produce infrared laser beams capable of deep penetration into tissue. The diodes may produce a continuous wave, or pulsation frequencies of 2-10,000 Hz with a 50% duty cycle. Typically, the laser diodes are housed in a control unit, and the infrared laser beams are carried by a fiber optic cable, through which coherence is maintained. The beam produced by a Class IV therapy laser is not collimated; it is allowed to naturally diffuse at a 10-12º angle. Beam sizes will range from 10 to 25 millimeters in diameter giving spot areas of 0.8 to 5cm2. Common power densities range from 0.4 to 3 W/cm2.

Wavelength is the main determinant of the laser’s depth of penetration into the tissue. Hemoglobin and melanin absorb photons at lower wavelengths and water absorbs those of higher wavelengths. There is an optical window around 790nm, where the laser photons are least absorbed by these three components and therefore penetrate the deepest. These deep penetrating infrared lasers are ideal for pain management therapy. Other factors affecting the depth of penetration are the technical design of the laser device and the treatment technique used.

Laser light attenuates the further from the surface it penetrates until it reaches a point at which the laser photon density is so low that no biological effect of the light can be measured. The biologically effective depth of an infrared therapy laser—for primary photon-tissue interactions—is conservatively stated as four centimeters. Secondary and tertiary photobiomodulation effects, as well as systemic effects, will be observed at a greater depth.

The primary response is elicited when photons emitted by the laser reach the mitochondria and cell membranes of low lying cells such as fibroblasts where the energy is absorbed by chromophores and is converted to chemical kinetic energy within the cell. These primary effects are very predictable and are produced only by phototherapy. Chromophores absorb laser photons with wavelengths between 400 and 1100 nanometers, with those in the 790nm neighborhood being the deepest penetrating, as discussed earlier. Photons incident on tissue will reflect, absorb, transmit, or scatter. With a Class IV infrared laser, the scattered photons create an egg-shaped volume of treated tissue. The effective depth of penetration is roughly four centimeters, meaning that the primary interaction of photon with target cell will occur through that depth.

Secondary reactions lead to the amplification of the primary actions. A cascade of metabolic effects result in various physiological changes at the cellular level—such as changes in cell membrane permeability. Calcium is released from the mitochondria resulting in changes of intracellular calcium levels. This stimulates cell metabolism and the regulation of signaling pathways responsible for significant events required for wound repair such as cell migration, RNA and DNA synthesis, cell mitosis, protein secretion, and cell proliferation.

Tertiary effects are induced at a distance from the cells in which the secondary events occur. Energized cells communicate with each other and with nonirradiated cells through increased levels of cytokines or growth factors. This intercellular communication results in an increase in the immune response with the activation of T-lymphocytes, macrophages, and number of mast cells. An increase in the synthesis of endorphins and a decrease in bradykinin results in pain relief. The tertiary effects are the least predictable because they rely on intercellular interactions and a number of environmental variables.6

Dosage refers to the amount of energy per unit area of tissue surface. Energy is measured in joules, the area in square centimeters and thus the dosage in joules per square centimeter, J/cm2. The power of a laser is the rate of energy delivery and is measured in watts, or milliwatts. One watt equals one Joule per second. Class IV therapy lasers have power output from 0.5 to 10 watts. As an example, a laser operating at 6 watts continuous wave would deliver 240 joules in one minute, and 120 J/min in pulsed mode. If the treatment area was 50 cm2, the dosage would be 240 J / 50 cm2, or 4.8 J/cm2 in continuous wave, and 2.4 J/cm2 in pulsed mode.

Biostimulation has been reported with doses from as low as 0.001 J/cm2 to as high as 10 J/cm2. This wide range is explained by the vast differences in irradiating tissue cultures in a laboratory and treating a deep-lying condition in a clinical setting. Correct dosage is very complicated, as a number of factors must be taken into account including wavelength, power density, type of tissue, condition of the tissue, acuteness or chronicity of the problem, pigmentation, treatment technique, etc. Nonetheless, there is a dosage window below which no biostimulation will occur and above which it is inhibited. This is most easily demonstrated in wound healing and stimulation of hair growth.7

Numerous studies have supported the use of higher doses of laser irradiation. In one study, irradiation of in vitro rabbit articular chondrocytes with 4-6 J/cm2 demonstrated substantial biostimulation compared to control cultures.8 In another, 13 J/cm2 increased the number of chondrocytes and the thickness of the articular cartilage in immobilized rabbit knees.9 Another study supported a dosage as high as 24 J/cm2.10

Substantial amounts of the laser energy applied at the surface will be reflected, absorbed, and scattered in the superficial tissues. If the target of laser therapy is several centimeters deep, a high dose at the surface will be reduced to a moderate dose in the desired zone. At least 50% of the surface-applied energy will be lost, so a dosage of 10 J/cm2 would be diminished to 5 J/cm2 or less at a deep target site.

Critics of high-powered laser therapy claim damage will occur in the overlying healthy tissue. It is said that surface doses of 10 J/cm2 or more will be harmful. However, “(i)n the treatment of healthy, optimally working tissue, almost any dose can be used without noticeable macroscopic negative effects. This is the case in the use of surgical lasers which use very high power and energy densities for cutting, evaporating, and coagulating tissue. Adjacent to the destructive zone, very high levels of power density and dose also occur, but this is not found to be negative.”11 In daily practice, hundreds of clinicians are safely treating thousands of patients every day with Class IV therapy lasers.

When treating with a GaAlAs diode laser, the current accepted dosage for deep-lying pain is 4-10 J/cm2.12 Simple calculations show that if the condition being treated is lumbar pain, the area being treated could be 100 to 400 cm2—or even larger, if it is accompanied by radiculopathy. This equates to a total treatment dosage of 400 to 4000 joules. If the treatment device was a 500 mW laser, it would take anywhere from 13 to 133 minutes to administer this dosage. However, a Class IV therapy laser could accomplish this task in less than 10 minutes.

The output wattage used with a Class IV therapy laser depends on a number of factors. A deeper target calls for a higher wattage so that a sufficient number of photons reach the target and produce the desired primary effects of photobiomodulation. For example, 2 watts would be used for lateral epicondylitis, 5 watts for cervical pain, and 7 watts for lumbar pain. Clinical judgment would prompt the laser therapist to adjust these numbers higher or lower.

Class IV laser treatment is best delivered in a combination of continuous wave and various frequencies of pulsation. The human body tends to adapt to and become less responsive to any steady stimulus, so varying the pulsation rate will improve clinical outcomes.14 In pulsed, or modulated mode, the laser operates at a 50% duty cycle and the frequency of pulsation can be varied from 2 to 10,000 times per second, or Hertz (Hz). The literature has not clearly distinguished which frequencies are suitable for various problems, but there is a substantial body of empirical evidence to provide some guidance. Differing frequencies of pulsation produce unique physiological responses from the tissue:

During a Class IV laser treatment, the treatment wand is kept in motion during the continuous wave phase, and is pressed into the tissues for several seconds during laser pulsation. Patients feel a mild warmth and relaxation. Since tissue warming occurs from the outside-in, Class IV therapy lasers are safe to use over metal implants. After treatment, a clear majority of patients feel some change in their condition: be it pain reduction, improved range of motion. or some other benefit.

Safe operation is not difficult when the laser therapist has basic training in laser safety. Proper training and the use of wavelength-specific protective goggles by everyone in the treatment room are required by the FDA. Also, one person must be designated the Laser Safety Officer for the facility. When these simple guidelines are followed, the use of a Class IV therapy laser is extremely safe.

Call to see how Raleigh Laser Pain Center can help!